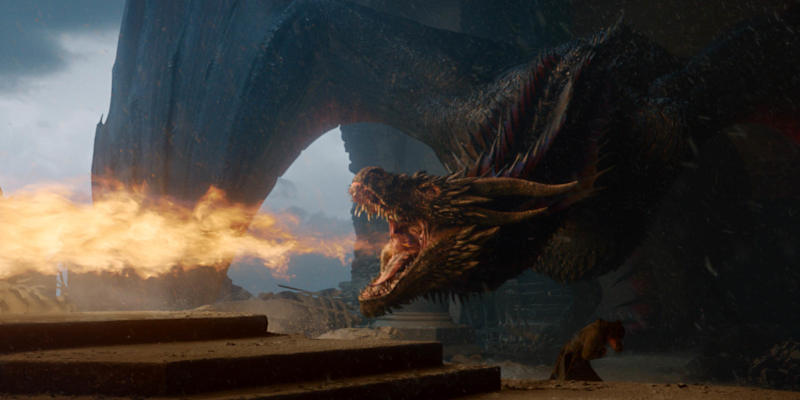 This series was a very long running show that had an entire world built around it. Lots of characters and symbolism was huge throughout. As far as gift ideas, there are plenty to choose from. Below we will give you some ideas and some context around each.

Hand of the King

Sometimes you just need a really great stocking stuffer. Yes, this is a bottle opener. But in the series this was a very central emblem and was held by whomever was designated – Hand of the King. Or Queen as it was at times.

This meant that the person was second in charge and handled most of the day to day operations. Their authority was absolute except by the monarch themselves. For any fan, this item is instantly recognizable and will be sure to get a smile. Find it here.

To the uninitiated, this may seem an unusual gift. But I assure you, anyone who watches the show will catch their breath. These Dragon were given to Daenerys of the House Targaryen who later was give the tile of – Mother of Dragons. It was kind of a big deal and this small, detailed replica set would be unexpected to say the least. but if you are more concerned about budget, there is a set of candles that still would be a lot of fun and just as memorable.

This one will likely make them laugh out loud. And isn’t that worth giving a gift. One of the characters name is Hodor. Without getting into a long story and sorry for giving away a curious little mystery throughout the episodes, it was a conjunction of “Hold the Door”. A funny name but sad moment. But this little gift will certainly be remembered.

The Castles of Westeros

What is a kingdom without a castle. Game of Thrones was full of them. Since 3D Puzzles have become so popular, give your friend or relative one of their favorite castles. Choose from King’s Landing, the Red Keep or Winterfell. Any of these will be known by a fan.

The opening theme music is one of the more memorable you will find for a cable tv show. Hum a few notes and a fellow fan will recognize it instantly.

If you are looking for an interesting and cute item, check out this little music box. It will be sure to delight.

Each kingdom, and there were many. within the land of Westeros had their own emblems. These were referred to as a sigil. These are some great looking shot glasses bearing the sigils from the houses of Targaryen, Stark, Baratheon and Lannister. Check them out here.

Technically this is a business card holder, but let’s face it. Some people just want to have the Iron Throne sitting on their desk. Unattractive as it may be, it was the focal point of the series. To sit here, was to be the leader of all of the kingdoms. Find this on Amazon.

A fun little play on words- Dinner is Coming. Here is a cutting board that could be used for charcuterie when inviting people over to watch the old episodes. Order your here.

So now we are getting a little more serious. Many of the characters had their own swords. And these weapons in turn oftentimes had their own names. Many fans of the series can often identify them by site because so much prominence was brought upon them.

Meant for decoration and hung on the wall, these replicas can be a bit pricy. But if you are looking for the ultimate in GOT memorabilia, you’d be hard pressed to find anything more fitting.

Arya Stark had her own smaller sword and often called it by name. She was quite a formidable character and became feared by all. In the books it was made of Valyrian Steel, but this is a very nice replica. Find her sword here.

Jon Snow was the title character and had been given a beautiful sword that prominently shown often. You can see from the detail in the handle why it is so memorable. Check it out here.

Ned Stark was a central character but was only in the series for the first season. He was important though and so was his intimidating sword. So large that after he died, the steel was so valuable, that it was forged into two new swords. Here is a very nice imitation.